There is always a day assigned for us to think about the troubles of our world. November 25th was the International Day to Eliminate Violence Against Women. In the spirit of the moment of uprising to demand respect, women and men took to the streets on Saturday, November 23rd , holding signs to express important messages and demands. Some signs read: “the end of violence against women,” “the end of patriarchy,” “neither women nor the earth are territories for conquest”, “the cup is full” accompanied by a picture of a cup full of blood, “educate children to respect women and girls,” and “feminism never killed anyone, machismo does.”

In France, this year, at the initiative of Nous Toutes (All of Us Women Movement), a large crowd of about 49,000 people hit the streets of Paris versus 12,000 last year, and about 150,000 demonstrated all over France that day. The demonstration was well planned, as the outrage was growing in France. With 138 women killed by their partner or ex at the time of the demonstration, France has seen a notorious increase of femicides this year, despite all the good intentions expressed by the authorities. Many organizations rallied with Nous Toutes, including UN Women France, Femen, the women of the Americas of Argentina and Mexico, Women in Solidarity, Amnesty International, and the National Union of Feminicide Families.

The demonstrators’ signs and chants addressed the basic social injustice that violence against women and the impunity of the patriarchal system create. The experience of being swept up by this mass protest seemed dreamlike, but an anecdote brought us back to the reality that there is still a long way to go to deconstruct centuries of domination. As we were taking pictures of the demonstration from the sidewalk, two men in their forties who were just there to watch, asked us, “Is patriarchy a new word that has just been invented?” Then, they asked if we could explain to them what patriarchy actually is.

A similar demonstration took place in Madrid, where tens of thousands of people marched in the street chanting, “for those who aren’t with us” and “we demand Justice.” At the end, the 44 names of the women killed within the past twelve months in Madrid were read.

In six European countries, including Belgium, feminists demanded that an official data collection of femicide be put in place.

Mass demonstrations to make violence against women visible have been cropping up worldwide. Last weekend, large protests erupted all over India, stemming from Hyderabad, demanding the end of rape and murder of women and the need for justice in fast-track courts. The Nirbhaya protest in New Delhi, the largest of its kind in 2012, is now followed with the protest against the gang rape and murder of a 27-year-old veterinarian.

Why is violence against women a genocide that continues to be invisible globally? The unavailability of data feeds a supposedly gender-neutral approach to the law, which in turn works in connection with invisibility of the crimes against women, thereby enhancing the objectification and invisibility of women and their ordeal. This constitutes a denial of women’s rights and a normalization of this denial.

By the same token, women have been objectified as their bodies have become weapons of war in many conflicts in the Global South. The international community has had the hardest time addressing the impunity with which this system has developed. The latest veto of the United States, last June, on the UN resolution 2467, that would have provided medical assistance to women survivors, is just one example of the lack of respect granted for the dignity of over half the world population

The keyword is violence. Violence is the foundation of the patriarchal system as it has developed in economics, medicine, politics, justifying colonization, invasions with never-ending destructive conflicts. Inequality is, as never before, affecting women’s emancipation and rights. It has continued to fragment the social fabric, making precarity a common feature that touches women first. The French government is supporting a series of measures to help individually the victims of violence and at the same time pushing a reform of the retirement programs that will continue to gravely disadvantage women. The Indian government acts with fast-track courts for one high profile victim at a time, without addressing violence against women as a whole.

Women and men globally are conscious of patriarchal domination, but this consciousness has yet to reach the layers of the social fabric and shake up our institutions that still follow outmoded processes. So, the answer is larger solidarity movements, vociferous protests, and voluble writings. Only a solidarity movement will hold the promise to create conditions for a transformational change.

On the assassination of George Floyd, anger and hope bring justice

Now more than ever, supporting abolition of the debt is a priority!

What can we learn from the recent win of the Standing Rock Sioux Tribe?

When the neoliberal and globalization creed meets the virus 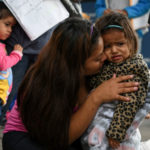 The heartless in power: Making it impossible to seek refuge in the United States