From Jacqueline Sauvage to Bresha Meadows, the State abuses women victims of violence 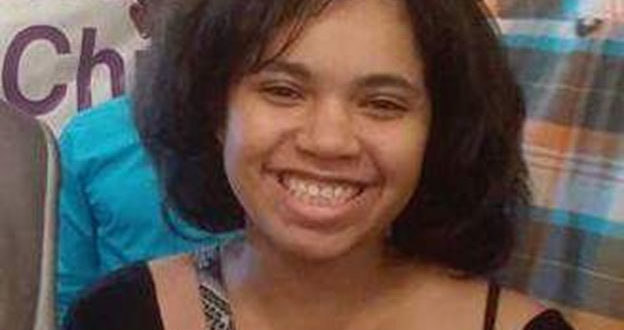 Two weeks before her 15th birthday Bresha Meadows was arrested for shooting her father in his sleep with the gun he used to threaten her and her mother. She was defending her mother and herself and still the first response from the state was to imprison Bresha. Despite all evidence of domestic extreme violence the state unleashed more violence on a child who had already experienced and witnessed violent mental and physical abuse. This time prosecution of the victim takes place in Ohio close to Cleveland, where the child Bresha Meadows is facing the unbearably violent vicious US penal system.

As Bresha turned 15 while incarcerated at the Trumbull County Juvenile Detention Center, no visitors for her birthday were allowed, signaling a clear lack of interest for her well being after everything she had been through. Her mother, Brandi, had been beaten since her first pregnancy and almost lost it due to the severity of her injuries. Year after year, for 22 years of marriage, her husband, Jonathan Meadow, used brutal, emotional and physical isolation techniques to control his wife, regularly threatening to kill her children, especially in recent years.

Bresha Meadows suffered directly from these conditions. As she grew older, she realized her father could eliminate anyone at anytime. Bresha escaped her home twice to seek help with her aunt Latessa, telling her how their father was trying to isolate their mom from her children as well as the constant physical abuse.

Despite all the evidence Bresha’s act was not judged as an act of defense. Instead, she had to be harshly punished. There is a manifest differential of punishment between a case like hers and male killing their partners or committing racist crimes.

Why does the state want to punish not only battered girls and women like Bresha but also pregnant women or women wielding their right to control their reproduction? 75% to 80% of women incarcerated for murder were battered and killed in self-defense, not to forget that class and race play a crucial role in their incarceration generally. Moreover, 84% of the US girls in custody were victims of abuse or experienced domestic violence. Even scarier is that the last comprehensive data on US children who killed their parents was published in 1990 and at that time 90% of the 280 children who killed their parents were abused.

According to Michel Foucault, “Systems of punishment are to be situated in a certain political economy of the body.” Bresha Meadow’s incarceration had nothing to do with reducing crime, had less than nothing to do with ending violence against women. The latter is a crime that has international recognition with a day, November 25th the international day for the Elimination of Violence Against Women to raise awareness.

As opposed to Jacqueline Sauvage, the French woman also incarcerated for killing her husband, Bresha, if prosecuted as an adult, will face life in prison because of mandatory sentencing while Sauvage is going to be released in January since France does not have mandatory sentencing anymore and uses a system of sentence remission. Even if the judge decides to keep her case in juvenile court, she will still face a harsh sentence thanks to the complicated legal system in Ohio. In both cases the judges demonstrate a vision of the political economy of the woman’s body in which violence against women is permitted and women are on their own.

The ultimate action should not be to only find ways to bypass mandatory sentencing in the US or influence judges in France. Rather, we need to expose the patriarchal rules and economy that use prison as an instrument of control of women’s bodies, which is exactly the reason Bresha’s father thought that it was fine to put his wife and family in a box. As Latessa explained, “If they stepped out of that box, they were reprimanded and put right back in that box.”

Meanwhile Bresha who was living in hell with no help from the state to change the situation of violence in her family is now living in the hell of the state jail.

Please consider signing the petition that calls for the immediate release of Bresha and demands the withdrawal of all charges.

Highlighting the Inequalities of Swimming

Crisis after crisis, the dead bodies look the same

In South Asia, a virtual platform to share and to heal for survivors of abuse

Farmers’ Protest in India Is An Intersectional Feminist Issue

In Bolivia, words of wisdom, will they be heard?