is a transnational feminist association composed of members from different origins and countries.

Faced with the current context of oppression and destruction, we have built an inclusive transnational feminist movement for Womxn, for all. This approach promotes interconnectedness and thus brings solutions to problems across borders and checkpoints. We recognise the specificity of situations of exploitation and oppression of women and other marginalised people and gender (LGBTQIA). The specificity of Women Included is also to illustrate this marginalisation in our representation.

We have been selected by UN Women France for the civil society campaign for the PEKIN + 25 Forum (UN conference on women’s rights).

Currently, we are building the agroforestry, art and permaculture project in Saint-Gervais and the Koura mountains in Lebanon: creation of ecological as well as societal places of regeneration.
70% of the poor are women and it will take 257 years to reach parity between men and women. Women own little land but cultivate it. 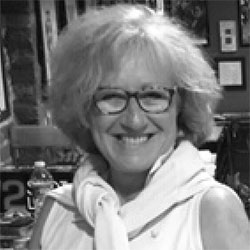 Brigitte Marti is co-founder of Women Included. She is an organizer researcher. She was part of the Leadership Conference for Health Care Reform, she was Co-chair of the Maryland chapter of PNHP from 2006 to 2009. She has worked on reproductive rights and women's health initiatives In 2014 she worked on the bill to stop shackling pregnant women in Maryland while incarcerated: CORRECTIONAL SERVICES – HEALTHY BIRTHS FOR INCARCERATED WOMEN ACT. She designed a documentary to be part of the campaign: Stop Shackling Pregnant Women in Maryland. She was chief editor of a feminist publication and published numerous articles in France and in the United States in: Women In and Beyond the Global. 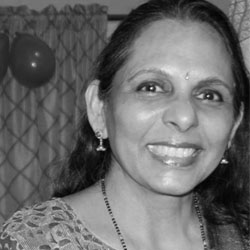 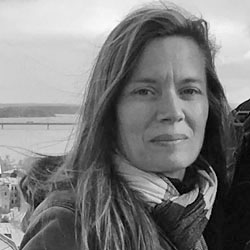 Stéphanie likes to observe what surrounds her: beings and their creations, nature and its revelations, particularities and meanings. Photography as a translation of the gaze, the possibility of freezing the ephemeral in timelessness. His interest is in the details, in the invisible due to inattention, in the preconceived notions, made visible through the freeze frame, the capture of the unique moment. His portrait series "I see even if I don't want to" represents the perception of reality in our way of seeing and being seen. The layered design is a metaphor for invisibility and prejudice, what we believe we perceive of others and what others perceive of us. What is in front of our eyes, and what our mind tries to ignore. 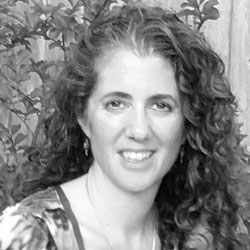 Elaine is the founder and Artistic Director of Culture Connection Theater based in Montclair, New Jersey in the USA, whose mission is to connect people of different countries through culture with a focus on plays by women. She serves as president of the Montclair Arts Alliance and immediate past chair of the Montclair Arts Advisory Committee. She is an officer of the Women and Theatre Program (WTP) for the Association for Theatre in Higher Education (ATHE) and the coordinator of WTP's Jane Chambers Women's Playwriting Contest. In 2019 and 2020, Elaine has attended the Paris des Femmes theatre festival. Her article on the festival will be published in Theatre Journal. 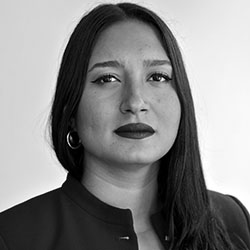 Racha Haffar is an award-winning women’s rights and anti-human trafficking activist. She has a ten-years track-record of advocacy activities against gender-based violence and a 7-years track-record of advocacy activities against modern-day slavery and has founded the first anti-human trafficking NGO in Tunisia: “Not 4 Trade.” She also founded the Youth Against Slavery Movement in the USA. 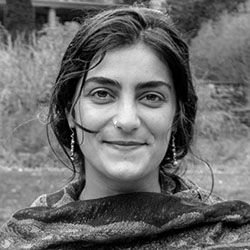 Mona Ayoub is a Lebanese Ghanaian human rights activist and visual artist. She is passionate about ending gender-based violence and human trafficking. She is an advocate for refugees, migrants, and survivors of domestic violence. Her work centers around empowerment through writing, education, permaculture, language, art, and art installation. Her art and art installations explore stories of war, gender-based violence, Arab women, and Islam. 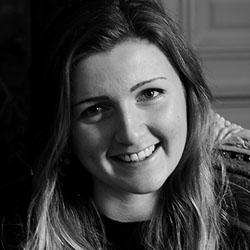 Valentine Fizet is a committed nomad, driven by her penchant for justice. She goes to meet people involved in ecological transition, going to work the land with them. As a multidisciplinary artist, she is resourceful through creation. What fascinates her most: the link between the feminine and mother earth. 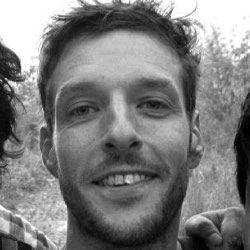 Guillaume Pras is a permaculteur convinced by regenerative agriculture (agroforestry, holistic management), with an agricultural degree and having been trained all over the world and in various climates, his knowledge has grown up in contact with different cultures. Convinced that we have entered the air of ecological and societal regeneration for the good of all, he wishes to share and initiate positive actions to build a more just and abundant World. 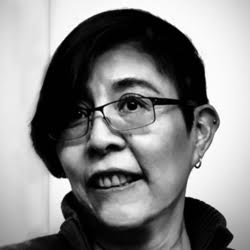 Laureen Tsosie-Rusek is a member of the Navajo Tribe, USA. She is a graphic designer and business owner - www.abeeghasolutions.com. Her new hobby is creative writing. All of her creative ideas come when she walks her dog and when she goes hiking. She is an active member of Long Island Multicultural Solidarity Friendship Group and one of the facilitators. She is one of the original Photo Retouchers before digital photo retouching became popular. She has retouched pictures of Georgia O’Keeffe and of Indian Motorcycles in the 90’s during the rebranding. She has done transparency retouching and photo retouching for several magazines. She also had a photo restoration business. She has won three national awards for photo retouching.