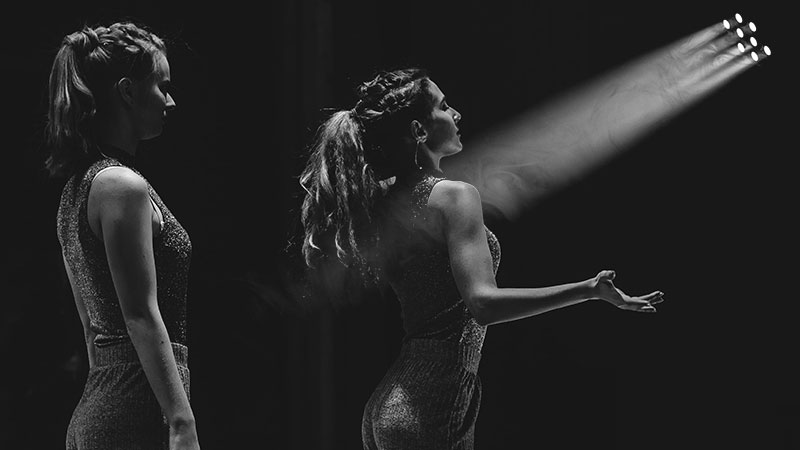 In an effort to encourage women to write for the stage, in 2012 theater director and producer Anne Rotenberg founded the Paris des Femmes (Paris of Women) theater festival with writers Michèle Fitoussi and Véronique Olmi. In an interview, Rotenberg stated that works by women represent only 21 percent of plays produced in French theaters. She explained that the theater world in France is still a very masculine environment, so culturally, many women writers don’t imagine playwriting and more easily gravitate toward writing novels. The festival invites novelists and other female artists from various genres to write original short plays with the goal of developing new playwrights and raising awareness of their work. The ninth edition of Paris des Femmes premiered plays by nine women at La Pépinière Theater from January 9-11, 2020. Given a platform for their work, multiple female artists commissioned by the Paris des Femmes festival have used the opportunity to bring attention to the issues of rape, domestic abuse, sexual harassment and other forms of violence against women including feminicide.

Where are women’s voices that represent the existence and the suffering of these tireless beings kept under the control of men? What hierarchical system permitted the elimination of these voices and of their existence? In June 2018, the National Library of France, the Minister of Culture and the Interdepartmental Office of the French Archives launched the collection of Women’s Archives and Women’s History, since “women were most often imagined rather than described,” explains Michèle Perrot in her book Women or the Silence of History1. This collection from France opens a new path of study into the life of women.

Series of artistic photographs “I see even if I don’t want to”, black&white portraits of the face mixed with the hands of women of all ages from all backgrounds, depicting the perception of reality in our way of seeing and being looked at.