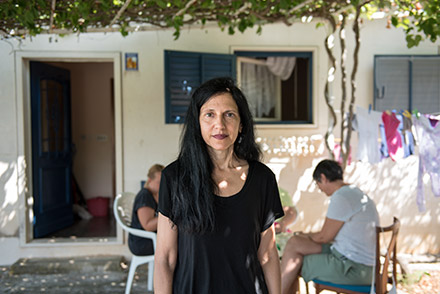 In 2008, women activists founded the Mediterranean Women’s Fund (MedWF) to support and strengthen women’s organizations around the Mediterranean region. The Mediterranean Women’s Fund (MedWF) has adapted its action to the new needs of Mediterranean women’s organizations. Relying on networking and collective intelligence training for activists, the MedWF has worked on developing strategies to respond to the continuous attacks on women’s rights. In its efforts to provide a comprehensive support to these organizations the fund has organized meetings to gather women activists in six countries, Egypt, Tunisia, Algeria, Croatia, Libya, and, last summer, France. They invited a delegation from Croatia, Rada Boric and Nela Pamukovic, to describe the situation and priorities of their women’s group.

Croatian women’s groups’ members have been on every front since the war in the Balkans in the 1990s, during which women were used as weapons of war. Since then, women, such as Nela Pamukovic, have organized to have this humiliating and devastating crime recognized as a war crime. About 20 years after the war’s end, Croati passed a law meant to compensate survivors of sexual war violence. Thus far, few women have been able to obtain that status and receive their rightful regular financial stipend. Meanwhile the war criminals have been released for good behavior, often being praised as Croatian heroes. They now  even receive government benefits and social welfare.

Croatian women have also fought on the turf of sexual and reproductive rights to protect women facing the increasing involvement of the church in the political arena. Church politics is based on the subordination of the woman’s body, constraining access to contraception, to abortion, as well as undermining the justice process for cases of sexual harassment, rape and all sorts of violence.

Although women compose 51% of Croatia’s population, they find their status to be in line with that of minorities.

Listen her voices on WIBG

This website uses cookies to improve your experience while you navigate through the website. Out of these cookies, the cookies that are categorized as necessary are stored on your browser as they are as essential for the working of basic...
Necessary Toujours activé